ABOUT ROBBI NESTER,
HER NEW BOOK, AND HER CHOICE OF POEM

In my first year as an undergraduate in college, I entered another world. Up to that time, I did not find school amenable. In fact, I hated it. Given a choice, I would have cut class any day, and spent all my time strolling through the Franklin Institute or perusing the stacks at the library.
But college was a whole different animal. These teachers actually encouraged questions, and spurred on my enthusiastic response to the texts we studied. My favorite class of those idyllic early years was a multi-disciplinary course on the English Romantic period, exploring it from a scientific, philosophical, political, as well as a literary perspective. My favorite writer from that period, who had something to say about all those disciplines, was William Blake.
Blake’s most anthologized work is probably “The Tyger,” from his Songs of Innocence and Experience. Many critics have tackled this work, but they do not agree on its meaning or the light it might shed on Blake’s probable answers to the thorny theological questions it raises.
I chose this poem from among all those I admire because it seems a fit way to celebrate my own forthcoming chapbook, Balance, composed of 15 poems following a sequence of yoga poses developed by B.K.S. Iyengar. Mr. Iyengar introduced this particular sequence in his book, Light on Life, as a way of promoting emotional stability.
On the literary side, my book was inspired in part by Blake’s Songs of Innocence and Experience, a poetic work based emphatically on a concept and one that integrates visual and verbal art. Despite their ability to stand alone, the lyrics in this work cannot be considered wholly apart from their context in the work as a whole or, for that matter, their place in Blake’s overall system.
Not being a visual artist, as Blake was, I sought out a willing and congenial artist to collaborate with me on my book, and ended up, by the grace of the Internet and her own generosity, working with my first cousin, Nina Canal, an artist, fabric designer, and musician residing in Marseilles, France.
For my cover, I worked with the photographer John Genesta, who, from the concept I conceived, produced the cover photograph you see here. I also cannot forget the craftswomen on Etsy who sold me the origami flower pictured in this photograph.
Poet and publisher Karen Kelsay Davies labored long over the book’s layout, introducing me to the business end of writing as she went, and probably, in the process, learning more herself about yoga and Sanskrit that she ever wanted to know.
Unlike Blake, who acted as poet, artist, and printer all in one [The Tyger etching at the Met here], I required a whole stable of collaborators to see this project to fruition, not neglecting to mention my good friend Marly, who helped give the project its impetus.

On the road to the studio, the hills
undulate under the clouds like fish
in the shallows, soft morning light
singing on their silver scales.
I want to lie down in that light
and become a hill, but my mind
won’t let me. Let me try again
to still the muscles’ long
sigh as legs enfold the hips,
tucked under like hospital corners,
the thighs pulled taut as a harp string,
the ribs pried open as I
lie back on the folded blankets
exposing my heart to the world.

Come visit my writer’s page:  http://redroom.com/member/robbi-nester
and my blog, http://robbi-shadowknows.blogspot.com
[You may buy books from Robbi there.]

ABOUT HER CHOSEN POEM

Tyger! Tyger! burning bright
In the forests of the night,
What immortal hand or eye
Could frame thy fearful symmetry?

In what distant deeps or skies
Burnt the fire of thine eyes?
On what wings dare he aspire?
What the hand dare sieze the fire?

And what shoulder, & what art.
Could twist the sinews of thy heart?
And when thy heart began to beat,
What dread hand? & what dread feet?

What the hammer? what the chain?
In what furnace was thy brain?
What the anvil? what dread grasp
Dare its deadly terrors clasp?

When the stars threw down their spears,
And watered heaven with their tears,
Did he smile his work to see?
Did he who made the Lamb make thee?

Tyger! Tyger! burning bright
In the forests of the night,
What immortal hand or eye
Dare frame thy fearful symmetry?

What are Lydian stones?

1. touchstones capable of proving silver and gold
2. of poetry: enduring "Lydian measures"
3. a present from me to you (although elements of my gift will be chosen by many artists), begun on my birthday

The Ferrol Sams Award for Fiction 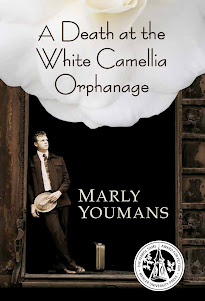 The Throne of Psyche 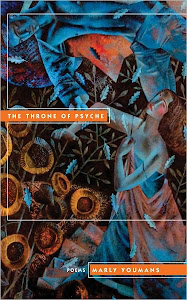 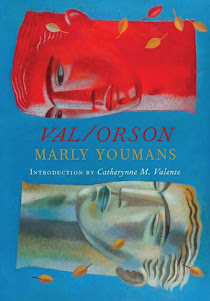